A visit to La Ceiba’s Boardwalk is almost like a trip to the origins of the city. La Ceiba was the epicenter of the production and export operations for the Vaccaro Brothers Company. This company eventually became the Standard Fruit Company that owns the Dole Trademark. Bananas, Salva Vida beer and other commodities where all exported to the USA from this dock. Next to the dock you can find the old customs warehouse, as well as the original Banco Atlantida office, which is still open to the public. To give you an idea of the importance of this area, this was the most important customs office in Honduras! Banco Atlantida, the first bank in the country opened its doors right here! This is also where the original Honduran baleadas came to be! 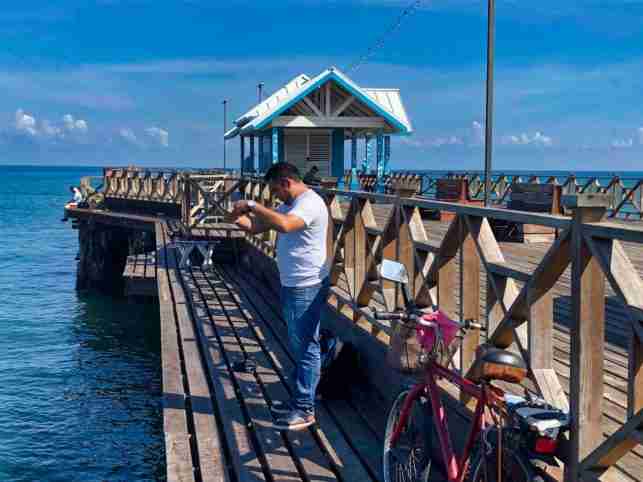 A fisherman trying his luck at La Ceiba’s boardwalk

Sadly, as the old steamships were replaced by the huge container ships, a better port facility was needed. Thus, the shipping operations for the Standard Fruit Company where moved to the nearby Port of Castilla, in the Bay of Trujillo. In addition, the old railroad was taken over by the government and then abandoned. Thus, the dock and surrounding areas fell to state of abandon. However, a recent project under the leadership of FUNDETUR, a local nonprofit entity, has brought the area back to life. Today the old dock and a new boardwalk created a new area that attracts locals and tourists alike. 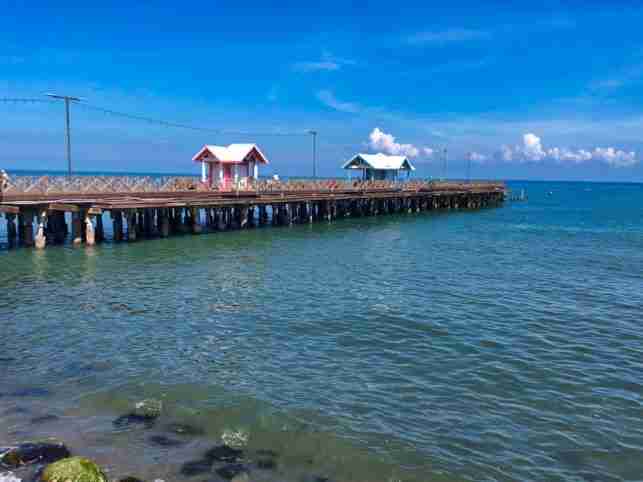 The site, which includes the partial restoration of the old dock has been named after a local benefactor. Don Reynaldo Canales himself donated all the wood needed to rebuild what was left of the old dock. You will not see the old cargo steamships that would take the bananas to the port of New Orleans. However, the site has become one of the more popular parks in town, where locals take a stroll, enjoy the cool Tradewinds and enjoy a sunset. It is also a site where fishermen come to try their luck at a local catch. Throughout the day, you will see fishermen come and go, some with daily catch and others empty handed. A Ceiba’s boardwalk is a great place to visit. Clean public bathrooms, security and even restaurants that offer a bite. If you are interested in the old railroad, take a walk to the nearby Swinford Park. 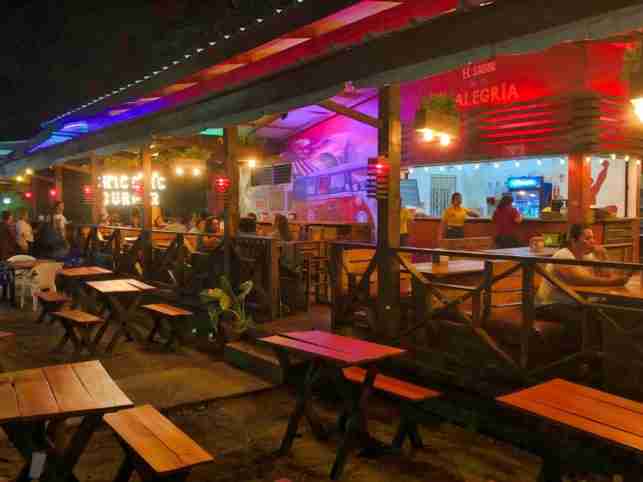 Take note that there are no alcoholic beverages sold within the boardwalk. This is an attempt to keep out the riffraff and make it more family friendly environment. Perhaps the most outstanding of these businesses is a local burger restaurant called Cric Cric Burger. The old customshouse is across the street from the boardwalk. Next to it, you will find an interesting food court that operates under the name of “Zona Vona”. This is a Portuguese word that translated would mean nice zone. You will find a variety of small local businesses offering affordable local foods. Since the area is not officially part of La Ceiba’s boardwalk, you can purchase alcoholic beverages here. Zona Vona is open Monday through Saturday from 9:00 am till 10:00 pm. and even a bit later during weekends. 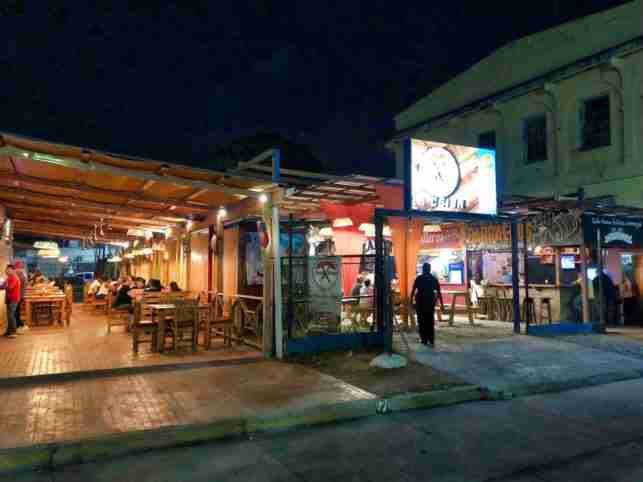 At Eastern end of La Ceiba’s boardwalk you will find a unique, eclectic bar called La Casa del Jaguar. Nearby, within walking distance is the popular 2Bar club and Guapos Bar and Grill that has a nice sports bar in the second floor. These are just a sample of the many options you have if you are interested in pursuing the night life in La Ceiba.