Imagine life on the Caribbean Coast of Honduras at the turn of the XX Century. This was when the original Banana Republic was born. The Vaccaro Brothers Company was in full swing building a railroad west towards Tela, and East, around the Nombre de Dios Mountains, towards Olanchito. Other than the railroad, La Ceiba was isolated from the rest of Honduras. It was, easier, safer and faster to take the banana steamship from the dock in La Ceiba to New Orleans, than to travel to Tegucigalpa. San Pedro Sula was a tiny city, less important the bustling city of La Ceiba. But despite all the economic bonanza taking place on the North Coast, there were many hardships to deal with. 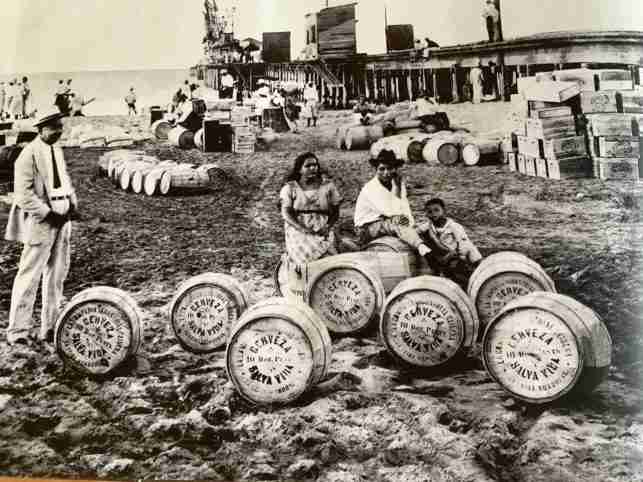 The Vaccaro Brothers were a hard-working family. When the found the need for a bank, they founded Banco Atlantida in La Ceiba. Living in the hot, humid tropical climate made you thirsty, but there was no beer to be bought in town. Thus, the Vaccaro Brothers Company decided that it was time to establish a brewery in town. This is precisely how the Compañia Industrial Ceibeña came to be. With time, this company merged with the Cerveceria Union from San Pedro Sula and became the Cerveceria Hondureña. This is probably the largest tax paying company in Honduras today! Their first brand to come out to the market was Salva Vida Beer, back in 1915! This beer was very successful, and it has been continuously brewed since then.

As is the case with many family businesses, the brands that they established had a close relationship with the founders. In the Case of the Vaccaro Brothers Company, Don Salvatore Vaccaro and his brother in law, Don Vicente D’Antoni ran the company. When it came to naming their first brew, they democratically agreed the they should hide their names in their new brand. Thus, the first letters of their name and surname where selected, creating SalVa from Salvador Vacaro and ViDa from Vicente D’Antoni. The Result is Salva Vida Beer! The most popular beer in Honduras. Coincidentally, Salva Vida means lifesaver in Spanish. The truth is that having a good beer available in town was truly a lifesaver!

Salva Vida Beer, I must confess, is my favorite Honduran beer. You can find it readily throughout the country. Today it is one of four local brands brewed by Cerveceria Hondureña. The other brands are Port Royal, Imperial, and Barena. Without doubt, the oldest and most successful of the brands is Salvavida. So if you pardon my hurry I must say that it is now officially after noontime, the weather is hot and is time for a Salva Vida Beer to cool off and work up my appetite!