In the old heydays of the banana companies in Honduras, the American owners and managers lived in an isolated area within the city. In Tela, the American quarters where in a gated community where the Telamar Resort operates today. For La Ceiba, the area was called Mazapan, and this is where the homes, the offices and the school were. To this day Mazapan is a gated community and is still home to the Standard Fruit Company headquarters in Honduras. If you drive through the area, the banana era architecture is clearly evident throughout the area. The Swinford Park in La Ceiba is just across the street from the Standard Fruit Company offices. 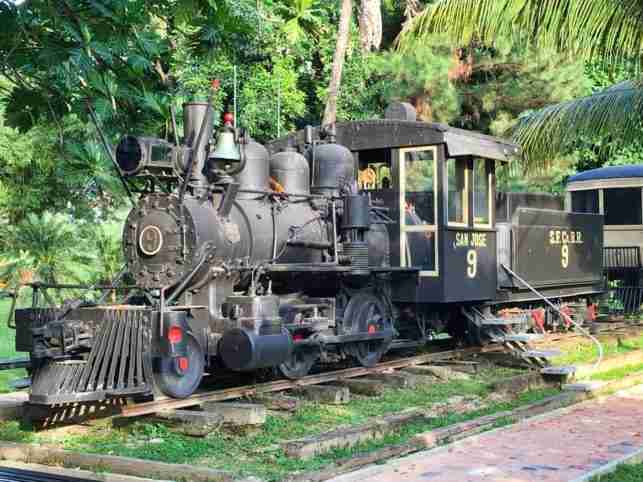 The park is about the same size as the central plaza. These two recreational areas are very close to each other but are not visible between them. This is because an old railroad stop has a wall that separates the two areas. Today it is a bus stop as well as an informal market. If you are at Central Park, walk west past 8th street towards. After one block turn right. On your right you will see the well-groomed Swinford Park in La Ceiba. To the left, are the offices of the Standard Fruit Company de Honduras. You are now officially in the Mazapan or American quarters in town. Access to the park is on the corner of 7th Street.  Gain access to this gated park through this main entrance. The Banana Company oversees the maintenance of this lovely green area in town.

It was one of the CEO´s of Standard Fruit Company that came up with the idea of building this park. Mr. William Steele Swinford was stationed in La Ceiba twice, and during his second tenure he build the park. It is a legacy designed to honor the city for the success of the banana company. Bill, as he was known by friends, recovered some old railroad cars and locomotives and created a theme park around them. It is a tribute to the old days when the railroad was the only form of transportation along the north coast of Honduras. Today there is only one short railroad operating in Honduras. I refer of course, to the unique train the gives access to the Cuero y Salado Wildlife Refuge. As an honor to the person who had the vision of creating this space it is called Swinford Park.

The Swinford Park in La Ceiba displays a magnificent collection reminiscent of what was once the Standard Fruit Railroad Company. The old number 9 San Jose Locomotive and several passenger and cargo carriages are on display. There are also a nice collection of plants and flowers that decorate the park. A couple of large, bronze sculptures of animals decorate the park and are a source of fun to local kids. 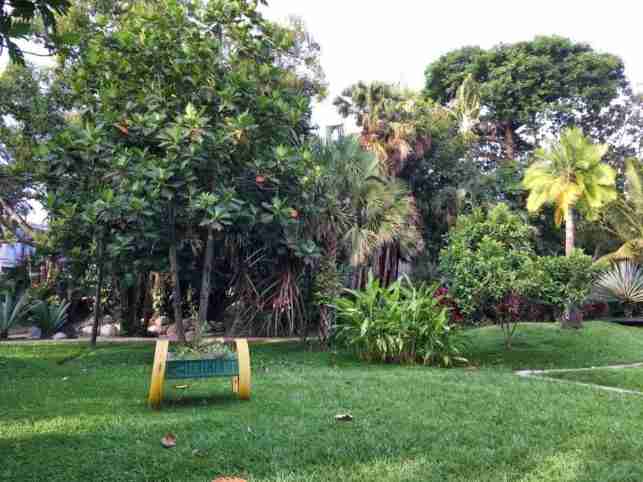 The lovely grounds at the Swinford Park in La Ceiba

A large Ceiba tree is one of the tallest trees in the park was planted by Guillermo Anderson. He is the beloved singer from La Ceiba that passed away a few years ago. It was planted to commemorate the birth of his first daughter, Emilia 27 years ago. Few know about this story. Guillermo would love to spend time at this park, where he often found inspiration for his songs and tunes. In addition, there is a small ballroom with fine facilities that can be used to host a medium size event. Make sure that you include a visit to the Swinford Park in La Ceiba when you visit this important city in Atlantida!