You probably did not even think it was possible! But yes, you make a day tour to Roatan from La Ceiba! La Ceiba is the only destination on mainland Honduras where you can visit Roatan for the day and have 11 hours on the island. This is enough time to visit the two most spectacular beaches in Roatan and have a leisurely lunch in one of them. You can always take the Galaxy Wave ferry to Roatan. But you will only have a total of 3 hours on the island. You arrive at 11:00 am and your departure is at 2:00 pm, which does not even make it worthwhile.

However, if you fly with Lanhsa, you can leave at 6:30 in the morning and return at 5:40 in the afternoon. Best of all, the cost of the flight is the same as the cost of the ferry, your only extra expense is the departure tax at the airport which is only 54 lempiras each way. This gives you a full day to explore the island and enjoy the beautiful beaches! 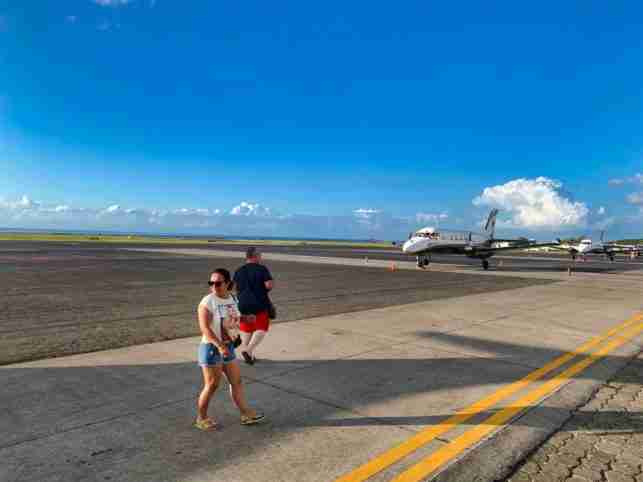 Arriving at the Juan Manuel Galvez Airport in Roatan

As soon as I arrived, I picked up my rental car at the airport. I use Racing Rent a Car when in Roatan. It is a small local rental company that offers great cars at a great price. They also deliver the car either to the airport or the ferry terminal. As soon as I had my car, I walked across the street to the PetroSun gasoline station. They have a great breakfast buffet that offers many alternatives, including the very Honduran baleadas and the famous pastelitos from La Ceiba. Believe it or not, I had breakfast for under 100 lempiras in Roatan! Once I had a full stomach, I went on to explore the East End of Roatan. Many say this is the real, and undiscovered Roatan. 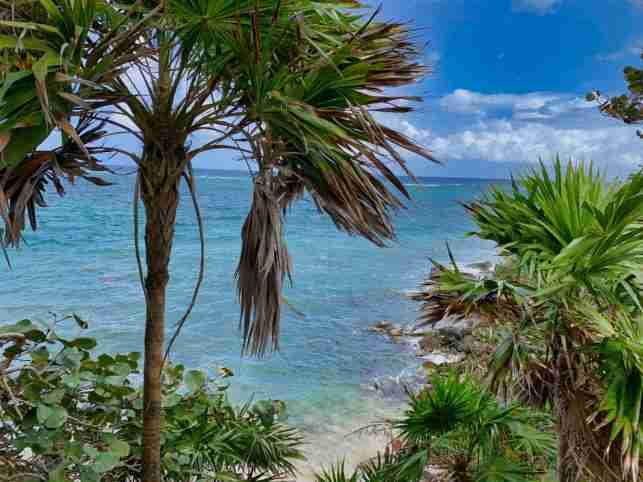 A view of the Caribbean from Paya Bay Resort in Roatan

Getting there was easy! I just took the main paved road that leads East towards French Harbour and on to Oakridge. Once you are past Oakridge the paved road veers off to the left towards Punta Gorda. However, there is a dirt road that continues several more kilometers. I was surprised to see that this road was in very good condition! Before I knew it I was at the unique Paya Bay Resort. I think I already agree with those that say this is the real and unexplored Roatan. I just got here and I am already loving it!

Paya Bay is a nice hotel in a very secluded area of the island. Because they are in a tiny peninsula, they have one of the most private beaches in Roatan. Access to the beach must be through the hotel, so they can control who gets to the beach. They offer a unique clothes optional beach which is the only one in Honduras that I know of. They also have a very good restaurant and a spacious deck with hammocks that offers one of the best views of Roatan and always has a cool breeze. Perfect to relax and read your favorite book! I was tempted to visit the clothing optional beach, but decided to keep on exploring the island. 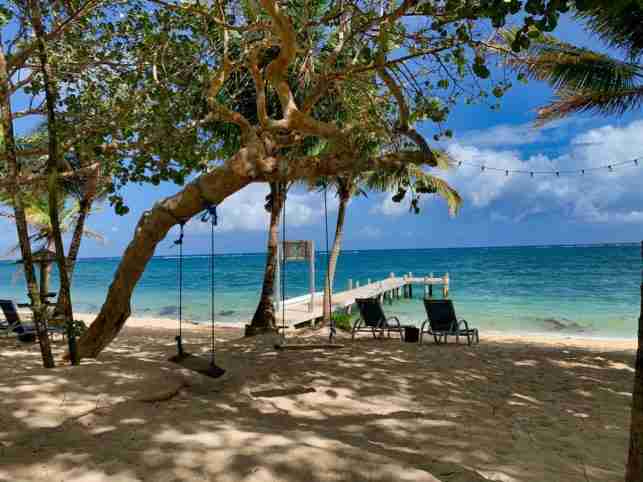 So I continued my trip East towards Camp Bay. Camp Bay and West Bay are reputedly the two best white sand beaches in Roatan. However, Camp Bay Beach is not overcrowded as West Bay Beach can be. Furthermore, there was practically no one on the beach! It was like having my very own beach! I stopped at the lovely Camp Bay Lodge, where I found a nice dock on this pristine beach. They have a great setting, and offer a full-service restaurant and bar, as well nice rooms right on the beach. I was there for the beach and took a short stroll. Before long, I succumbed to the temptation and jumped in the ocean to enjoy this very pristine setting. 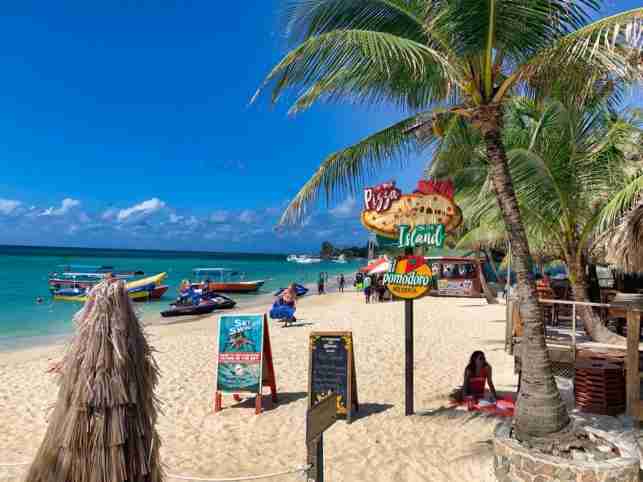 West Bay Beach is the most popular beach in Roatan

After a refreshing swim I decided it was time to head on the West End. This is a good 50 km drive. Expect an hour of travel time in your own car. The road winds through the mountains and provides breathtaking views from time to time.

I went directly to West Bay Beach. This is by far the most famous and visited beach in Roatan. I was there on a Saturday, which meant that it was not a big cruise ship day. The beach can be rather busy and crowded on Tuesdays and Wednesdays, when there are more cruise ship passengers on the island. As it was, there were many people on the beach, especially when compared to Camp Bay Beach. It was close to lunch time, so I chose a restaurant on the beach and ordered myself a fresh fish ceviche which was out of this world. 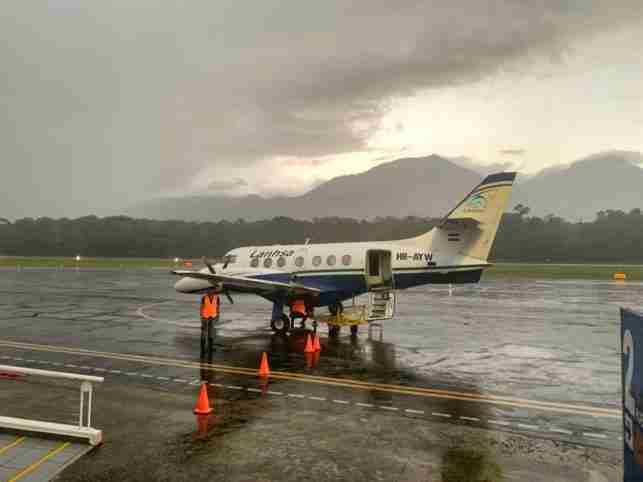 After a swim in the ocean at West Bay Beach, and as the afternoon was getting late, it was time for me to get back to the airport. I could hardly believe that I had spent over 10 hours in Roatan and visited the two best beaches in Central America and had a great lunch. I am so happy that I took off a day to take day Tour to Roatan from La Ceiba. However, I was looking forward to getting back to my hotel in the Cangrejal River Valley and jumping  into the Cangrejal River fresh water. Nothing better to get rid of the salt in your body that a refreshing crystal-clear river in the jungle!