Hey guys! Get ready for one of my most exciting outings: the famous Cayos Cochinos. If you have no idea what I’m talking about here’s a bit of a background; it’s part of the second largest coral reef in the world; the Mesoamerican reef. It consists of two main islands and 13 cays.

So with high hopes for the afternoon I left my apartment to meet my friend and the shuttle at 7:00 am. We were picked up by a smiley Honduran man named Mauricio. From La Ceiba he took us to Sambo Creek, a small and authentic seaside Garifuna community and led us to the boat. We found our fins and jumped into the boat from the knee deep Caribbean waters. I’d like to say it was smooth sailing from then on but that definitely wasn’t true. The boat ride was not for the faint of heart and the waves hit us hard. If you get sea sick, be prepared and take something. It was all in good fun though and the waters calmed down about 40 minutes later when we reached Cayos. 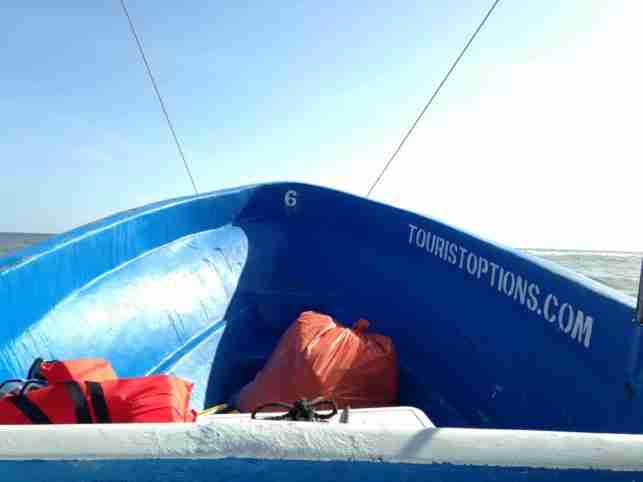 From then on the journey was led by Alex, a local tour guide that spent most of his life in Boston, the accent was a definite plus. The first stop he pointed out was the island where they actually filmed the Spanish and Italian versions of Survivor but more importantly, it is the resting stop for most local fishermen who row 6 hours to get to Cayos Cochinos every day. I was in absolute awe; I have never seen waters so blue. 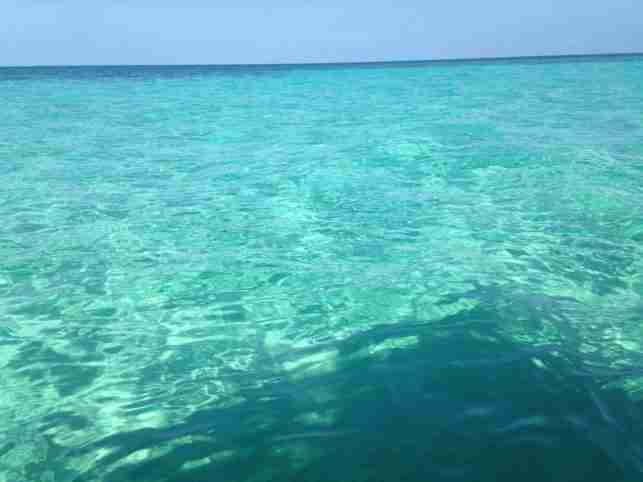 I swear this isn’t a swimming pool. Next the boat took us around an island that most scientists think used to have a volcano on it. We then went to the Cayos Cochinos scientific center on one of the 13 cays in the archipelago where we were told about the different species in the area and the environmental conservation and protection and how to respect the environment we are going in. “Leave no traces” is their motto, which I was very excited to hear about. They have beautiful wildlife and it’s so important that they are enthusiastic about doing what it takes to respecting and conserving it. We were also warned that this was the only pee stop for the next three hours. This is important information if you ever decide to go, use it wisely.

By 10:00 am, we had reached another cay with crystal clear blue waters and white sand beaches. The boat pulled up on the beach, we jumped out they handed us our snorkel gear and sent us off. If you have snorkeling experience you are welcome to go off on your own but otherwise they will take you as a group. This is where I got to swim around the second largest coral reef in the entire world. It was absolutely incredible. 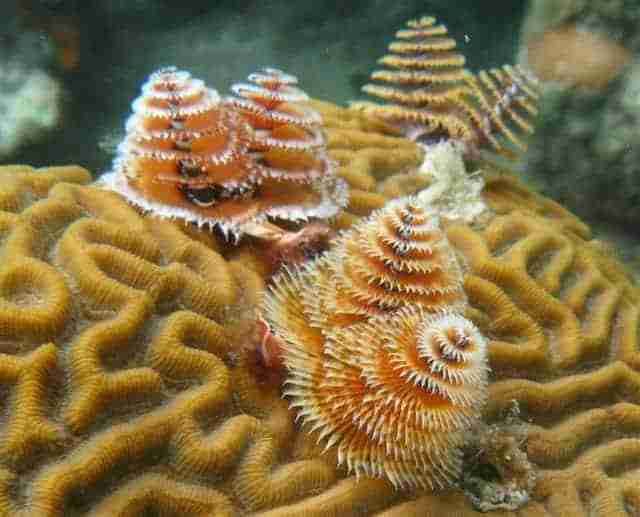 As soon as we started out we saw two squid pulsing in unison and several different box fish, parrot fish and angel fish. The coral reefs we swam around were all different shapes, textures and colors. It was so incredible. However one of the most important things to remember is never to touch, sit on, or stand on any of them as they have different types that could burn or cut you. Alex told us that you wouldn’t die or get seriously injured from any of it, but it’s just no fun when it happens. Whether I accidentally swam too close to the coral and touched it or not, I am just saying that he is 100% right. 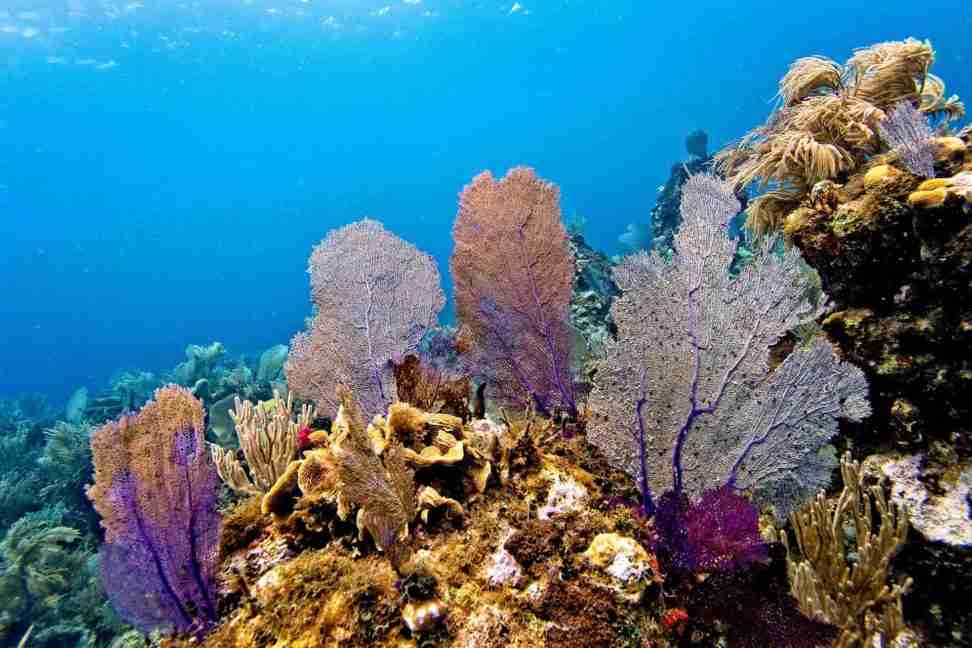 A few hours later they called us into the boat and we took off to another cay in search of the infamous pink boa. We took a walk in the woods but they all seemed to be off-duty. I want to say that I was disappointed but I was pretty relieved.

Next, the boat took us to one of the most popular cays; Chachauate. We were told that Chachauate originally means twins, because of the two small islands right next to each other, the first was private and the second was public where around 350 people live. There is a handful of Garifuna restaurants and apparently even overnight accommodations. I ordered the fried fish that was pretty good, but tasted much better with a view like this. But full disclosure, if you are picky you might want to bring snacks. Much to my disappointment, at 1:00 pm our guide gathered us all and told us it was time to leave. We hopped back in the boat and made our way back to mainland. It was such an awesome day trip; my friend even called it an Atlántida essential. I am very glad I took the time to go; it was exciting, gorgeous, calming and everything I would have hoped for. I really felt like I was in some of the nicest beaches in the Caribbean. Thank you Tourist Options! 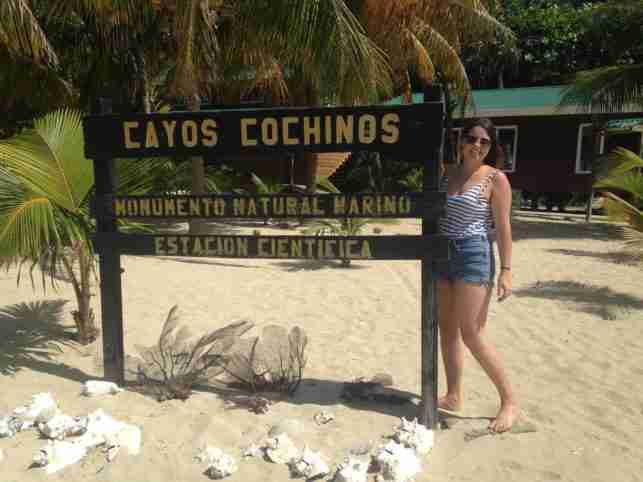