Pico Bonito National Park is huge, and there are several areas that you can explore and enjoy their trails. However, since I am in the Cangrejal River Valley this weekend, I am looking forward to hiking the El Mapache trail that leads to the El Bejuco waterfall. This is one of the most popular Pico Bonito trails. Access is within walking distance from most of the lodges in the Cangrejal River Valley. Since I am staying at La Villa de Soledad Bed and Breakfast, it is a short 200-meter walk to the Pico Bonito Visitor´s Center. Upon arrival, after paying the entrance fee of 80 lempiras for Honduras citizens or $8 dollars for foreigners, I am ready to begin my adventure into one of the many Pico Bonito Trails. Access is via a magnificent swing bridge over the Cangrejal River. 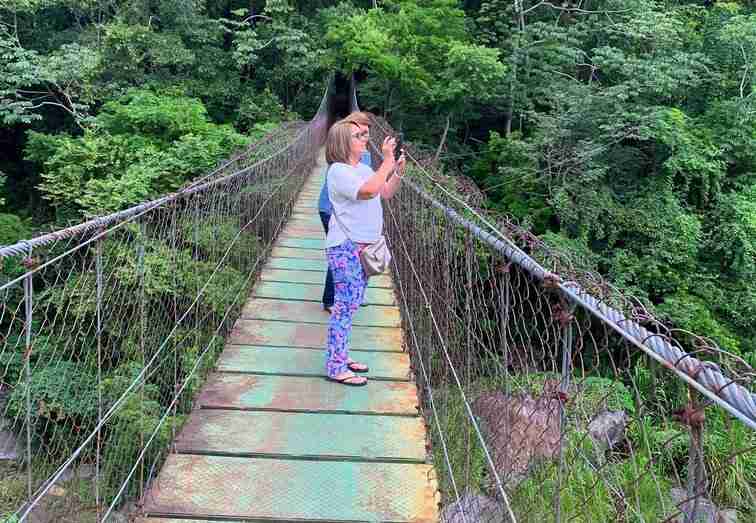 Tourists on the lookout from the Cangrejal River swing bridge

Believe me, this is no small bridge! It is over 400 feet long and is about 120 feet above the Cangrejal River. There are two different Pico Bonito Trails once you get to the opposite bank. The La Roca trail is shorter loop trail. This means that you can hike it in about 1 hour. The second, longer trail leads to the beautiful El Bejuco Waterfall. I took the La Roca Trail until its interseccion with the El Mapache trail and then followed the latter to the waterfall.

Upon entering the park and paying my fee, I asked a question to the park ranger. Are there many racoons here? Why do they call the trail El Mapache which means the Racoon? It turns out that there are racoons, but the trail gets its name from the nickname of a person. The person was the first director of the park, a gentleman by the name of Gerardo Rodriguez, who died in a car accident many years ago.

The hike in most Pico Bonito trails is usually quite demanding due to the local topography. These trails are no exception. After close to two hours I made it to my destination. Boy, I was happy that I brought some water and a couple of bananas with me. They were very useful during this demanding hike!  The trail takes you past a couple of small waterfalls, but it is not very well marked. I suggest you hire a guide to take you. He will also help you spot local wildlife as well as interesting plants along the way. 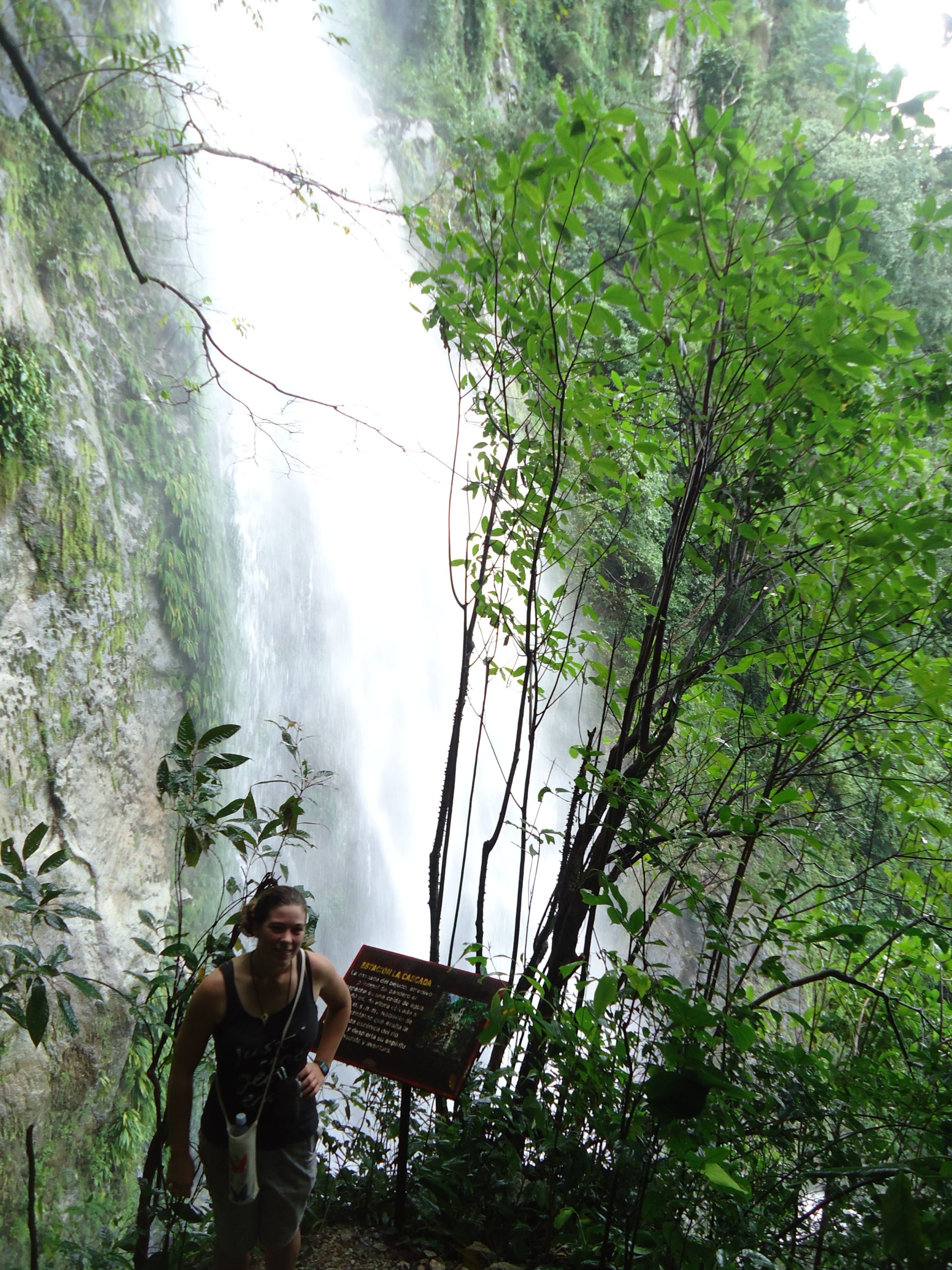 The climax of this trail is the El Bejuco waterfall. This is an impressive fall. Unfortunately, it did not have much water due to a long dry spell in the area. Yet it was over 200 feet high. The terrain here is very rough and almost inaccessible. I recommend you do not try to get to the foot of the fall, as boulders are very slippery, and a fall could be mortal! The view is certainly spectacular. I was told that there is a trail that breaks to the left towards the mountain a couple of hundred meters before you reach the fall. This trail leads up to the point where the water falls down over the cliff. I saw pictures of the view but was told that the trail was a serious climb and should only be done with a local guide. So, I did not try it. 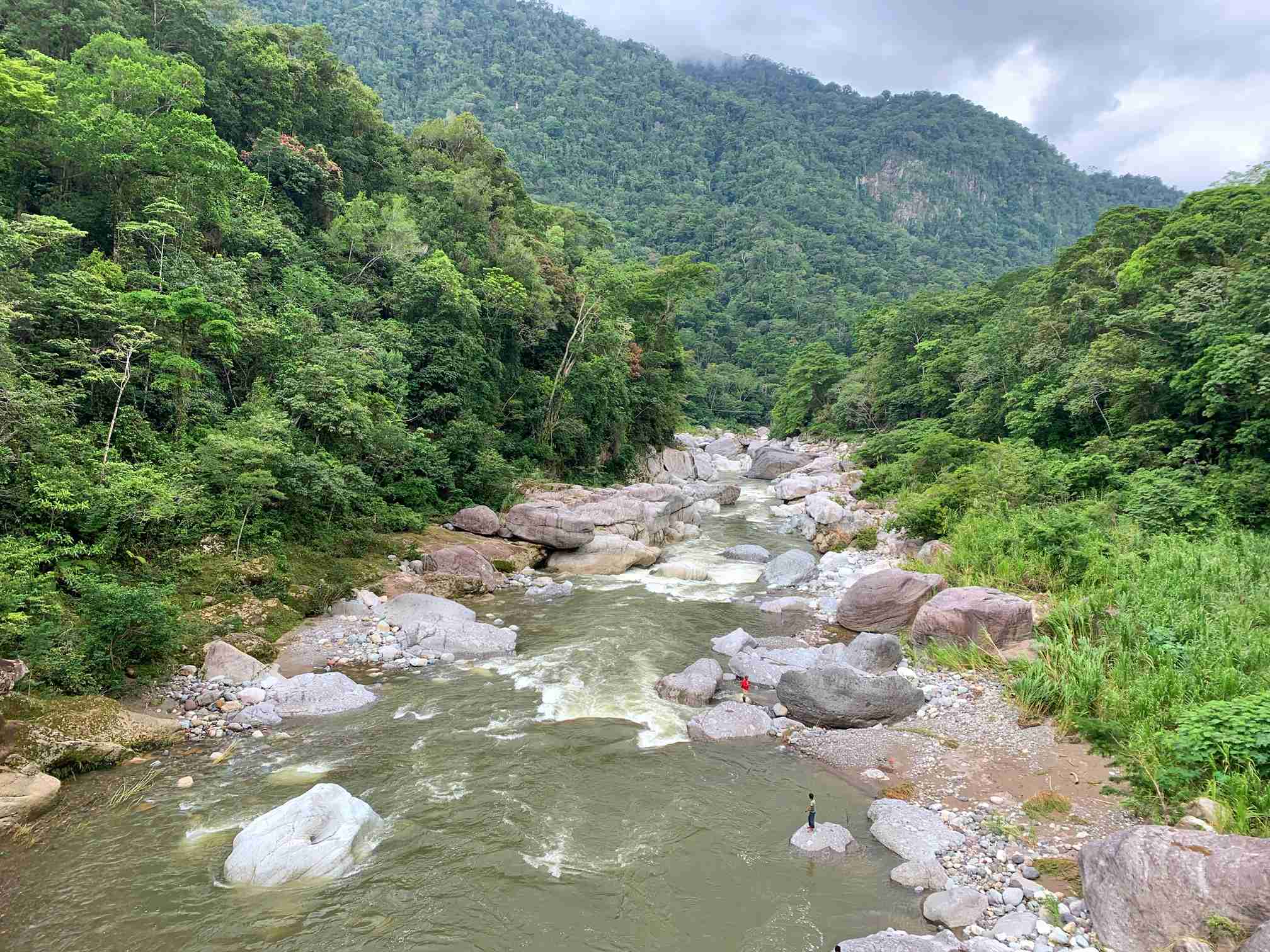 Even though El Mapache Trail is mostly under the jungle canopy, I sweat profusely during the hike. Although I did get a chance to cool off in a small fall along the trail, I needed time to wind down and cool off after the hike. As I crossed over the bridge, back to civilization, I felt the call of the river and gave in. An easy trail in front of La Villa de Soledad took me to a lovely natural pool where I was able to cool off and think of my first experience hiking the Pico Bonito Trails. I think I am ready to try another one of the famous trails, the Rio Zacate Trail, but that will be another time. For now, I am ready for a good hot shower and some hammock time back in my hotel!